Is it just inflation?

I recently received a reminder to renew my AMA Plus membership.  2018 marks my 10th anniversary of having an AMA membership.  I pay in annual lump sum payments as it’s cheaper than the monthly option.  I was curious how much they’ve charged for the service over the last decade.  Have a look as I think it’s kind of interesting.  Here’s what I see: 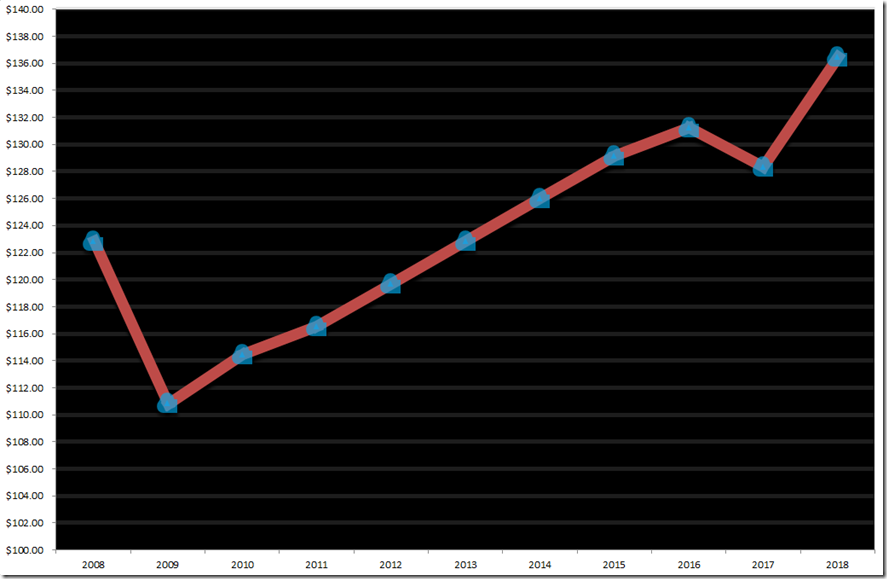 All and all, the delta from the cheapest period to the most expensive is nearly 20%.  Recall that during this period, the membership plan remained constant with no changes and only one call was ever made to AMA in 2017, which coincidently is where the drop occurs.  The data suggests I should call in for service calls more often to get a greater discount on my renewals.  Therein of course lies the danger of drawing conclusions from this kind of data.

Now what happens if we compare this to inflation?  According to inflationcalculator.ca, a product that cost $123 in 2008 would cost $140.50 in 2018.  AMA is actually slightly under that.  It would seem the price increases really are just to cover inflation.