Microsoft, what are you doing!?!

Windows 8.1 has now been officially released.  I tried to download the update but ran into a design decision Microsoft has made that I honestly can’t explain.

I discovered the only official way to download Windows 8.1 is by logging into the Windows Store using your Microsoft account.  I’m not sure if you installed Windows 8 yet but during the installer you’re asked to associate your machine to a Windows Live/Passport account.  They try pretty hard to make it seem mandatory too which how they present the UI.  I saw no value in linking my home personal login account to “the cloud” so I jumped through the hoops to setup a local account.

However, when I try to launch the Windows Store now to download the update, I’m told I need to complete association step in order to proceed.  I opted not to do that and instead started Googling to find a download of the Windows 8.1 installation media.

It turns out though that Microsoft “has not released the ISO media for Windows 8.1. Please use the Windows Store to upgrade to Windows 8.1.”

Think about the implications of this for a moment.  If you’ve got a 4 computers in your house for your family all running Windows 8 that you’d like to upgrade, you have to go to each machine individually and re-download the 3.5GB installer.  This is compounded by the fact that Microsoft’s download service is slow not only because of everyone trying to get it on release but because so many people are now forced to re-download it that otherwise never would.  Think back to Windows XP SP3.  It was primarily only available via Windows Update.  They did that so it’d only have to download the bits you needed.  However Microsoft also provided a “link for IT professionals” that included the entire thing so that it can be installed offline or for multiple machines.  Microsoft has made that process now impossible.  In fact, based on my research, even small businesses with n number of machines still going to have to upgrade each machine by hand.  Why?  Microsoft is releasing the ISOs, but only for their Enterprise customers with Volume License agreements.

I just can’t get over how insane a design decision this is.  The only real advantage I can see for them by doing this is that by forcing everyone to upgrade from the source, they can get more accurate upgrade telemetry and statistics along with increasing the install base for their online store, just like they did by removing solitaire from the retail release.  Is that really worth it?

There is apparently a trick that some people have had success with though which involved registering for a Windows 8 trial to get a trial key, downloading windows 8, pausing the download manager at 1%, starting another download which apparently grabs the 8.1 EBD file which saves into some folder 5 levels deep and then using some tool to convert the EBD file into a bootable ISO.  I admire the dedication in the community but seriously?

There are also of course torrents for it.  But this is the first goddamn Windows I outright paid for (Granted it was only $15).  Why the hell has Microsoft abandoned a technique they’ve encouraged since the dawn of high speed Internet — especially considering it’s a free update?

The mind boggles.  I’ll probably end up registering my live account to my Windows 8 install so I can download this thing so they’ll win on that front.  But since Microsoft encourages us to be efficient in their exams, I present an exam question for you:

You are a Network Administrator for Contoso.com.  You have 6 identical Windows 8 machines purchased from the same manufacturer running Windows 8.0 using retail product keys.  All computers are connected to the same ADSL modem with 5mbps of downstream bandwidth.  You need to upgrade these machines to Windows 8.1 with the least administrative effort.  Your solution must minimize bandwidth usage.  What do you do?

I don’t know the answer to this question for certain, but all signs point to d) Suck it up and manually download 21GB of updates and manually go to each machine to install it.

Or it might be c) Wait until Microsoft realizes how stupid this is and releases a standalone installer.

The Right Way to Take Screenshots

Being in IT means I have to take a lot of screenshots for use in various kinds of documentation. With the release of Windows Vista/7, Microsoft included the “Snipping Tool” which proved to be an invaluable improvement over any free solution I used at the time.  That is to say, alt-print screen and mspaint. Snagit was always available but not only was it a commercial product but it grew to be a beast in terms of functionality and size. I just wanted a simple screenshot tool that would allow for simple annotations.

Once I started posting this blog more regularly, I quickly realized I needed a way to obfuscate certain work related screenshots before publication. Using the snipping tool, this proved to be a pain in the butt as there are no shape tools… or anything really. With that in mind I finally decided to sit down and “see what’s out there” for free screenshot solutions. As you might expect, there are many, many of them. Over the course of nearly 2 hours, I installed more than a dozen tools. Some promising, some crap but none of them did exactly what I wanted.

My objective was to find a tool that had that met the following requirements:

END_OF_DOCUMENT_TOKEN_TO_BE_REPLACED

I’m studying on BranchCache and needed a way to simulate a low speed WAN connection. I found someone who referenced a tool written by some guy who works for Microsoft called the Network Emulator for Windows Toolkit.  It allows you to simulate just about any kind of network connection or network level of reliability.

You want a connection with 60ms response time, 2% packet loss and 512k down and 128k?  You got it.  I took a few sample screenshots from the product as I was testing it out: 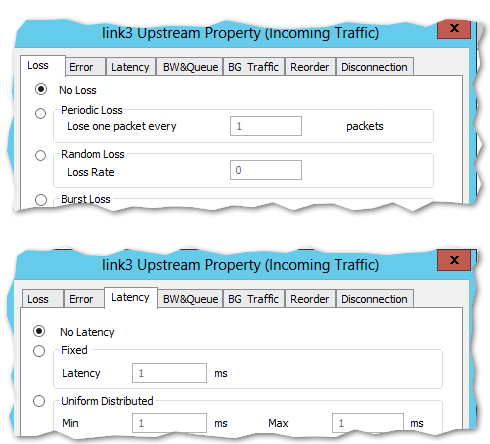 END_OF_DOCUMENT_TOKEN_TO_BE_REPLACED

I found this cheat sheet for ipv6. It is very handy as it includes a column for ipv4 equivalents.

Through this I was able to confirm that:

The scripts below I came up with as a way of identifying old or orphaned savepoints within vRanger 6.1.  Be careful with the remove command though as in its current form will also delete any differentials.  That’s probably what you’re looking for but if you have weird orphans, it might cause you some issues.  Pay close attention to what the reporting script says it’s going to delete.

This HOWTO describes the process of configuring a Citrix Netscaler to monitor for a keyword on a load balanced website and if that key word is not found (ie the node has failed), remove it.  Once removed, continue scanning and once the node is back up, read it.

Have you ever had a situation where you have a service account configured on a Windows box and everything works great… until you reboot the server? After the reboot though, the service doesn’t start. When you open the services MMC, you discover that the status is in fact shown as not started.

So you right click and try to start it. But that doesn’t work. You get a “service did not start due to login failure error.” That’s odd.

So you open the properties of the service, retype in the password and voila! It works… 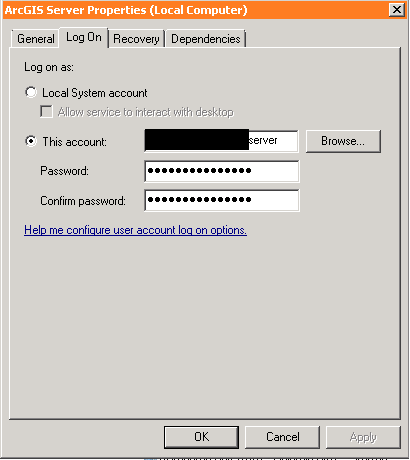 … until you reboot again at which point you repeat the entire process over again. What’s going on here?

It turns out that if you defined any settings “Log on as a service” right in a GPO (most likely the Default Domain Policy), that policy will trump any local server settings (just as GPOs are supposed to).

So to ensure that the server will “remember” the password across reboots, you need to do the following: 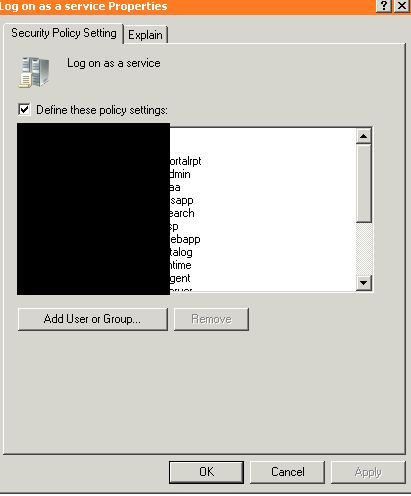 HOWTO: Figure out whose is using space in the Recycle Bin Folder

I was troubleshooting a low disk space alarm on a server.  After running TreeSizeFree, I discovered that the bulk of the space was in use in the Recycling bin which is stored in a hidden directory called #:\RECYCLER (I say # because on exists on each drive present in the machine).

You’ll note however that windows doesn’t store the username that deleted the files but rather the SID of the user.  Now one could argue that if it’s in the recycle bin already then that’s tantamount to bringing your garbage to the curb and thus can be removed at any time.  With that said, I still like to confirm the data first with the user if possible, mostly so I can explain the importance of either using “shift-delete” to permanently delete data or by regularly emptying the recycle bin.  An ounce of prevention and all that.

It turns out you can run a vbs script to tell you that.  (Source code below)

When you double click on from explorer, you’ll be given a Windows message box.  Copy and paste the SID here and press OK:

END_OF_DOCUMENT_TOKEN_TO_BE_REPLACED

HOWTO: Use Word as your WordPress Publishing Platform

Did you know that since Word 2007, Microsoft natively supports publishing directly to WordPress? It’s true! Why would you want this? In my case, I regularly create documentation at work that would likely be useful to a wider audience.

I create this documentation in Outlook and unfortunately due to the HTML rendering engine used in Outlook, the formatting never comes out right, especially around bullets. However, if you publish from Word, it takes care of all that translation for you!